Jeff Fontanella’s winemaking story begins years ago in the halls of UC Davis. Jeff originally had aspirations of going to medical school while in college but discovered a love for the science and art of winemaking in the enology and viticulture department at Davis. It was a course in winemaking taken early on that ignited in him a new passion. This singular event led him to abandon thoughts of medical school to pursue a different calling, a career in winemaking. Jeff went on to cut his winemaking teeth in the cellars of Opus One and ZD.

In the Spring of 2000, Jeff met his future wife at a Jimmy Buffett concert. Armed with a magnum of ZD Chardonnay, Jeff charmed his way into the heart of an aspiring young attorney who eventually would be his partner in life and business. In 2003, Jeff and Karen married and started their journey toward what would become Fontanella Family Winery.

In the Fall of 2005, a beautiful property on Mt. Veeder caught their eyes and captured their hearts. On November 2, 2005, they purchased the 26-acre property on Partrick Road and began to build their winery, brand, and the Fontanella Family. This journey was not without some major setbacks, including a 6.0 earthquake and the Partrick/Nuns fire. However, despite the setbacks, The Fontanella Family Winery emerged “Unbreakable.”

In 2016, the opportunity to purchase the neighboring 55 acres of property, including a hillside cave and vineyard planting potential, was too great to pass up.  In 2017 the Fontanellas planted an additional 7 acres of estate Cabernet Sauvignon on their new property and 7 more acres will be added to the estate in 2023.

2022 commemorates the 15th harvest for the Fontanella Family Winery and there’s no slowing down. Fontanella Estate Reserve Cabernet, now on the fourth release, proudly features as the winery’s flag ship wine, while the debut of long anticipated projects like the Per Sempre-a multi-vintage, solera style Cabernet Sauvignon-are a testament to the family’s fortitude and dedication to their craft and the pursuit of producing great wine. We could not be more excited for what the future holds, and we invite you to be part of it. 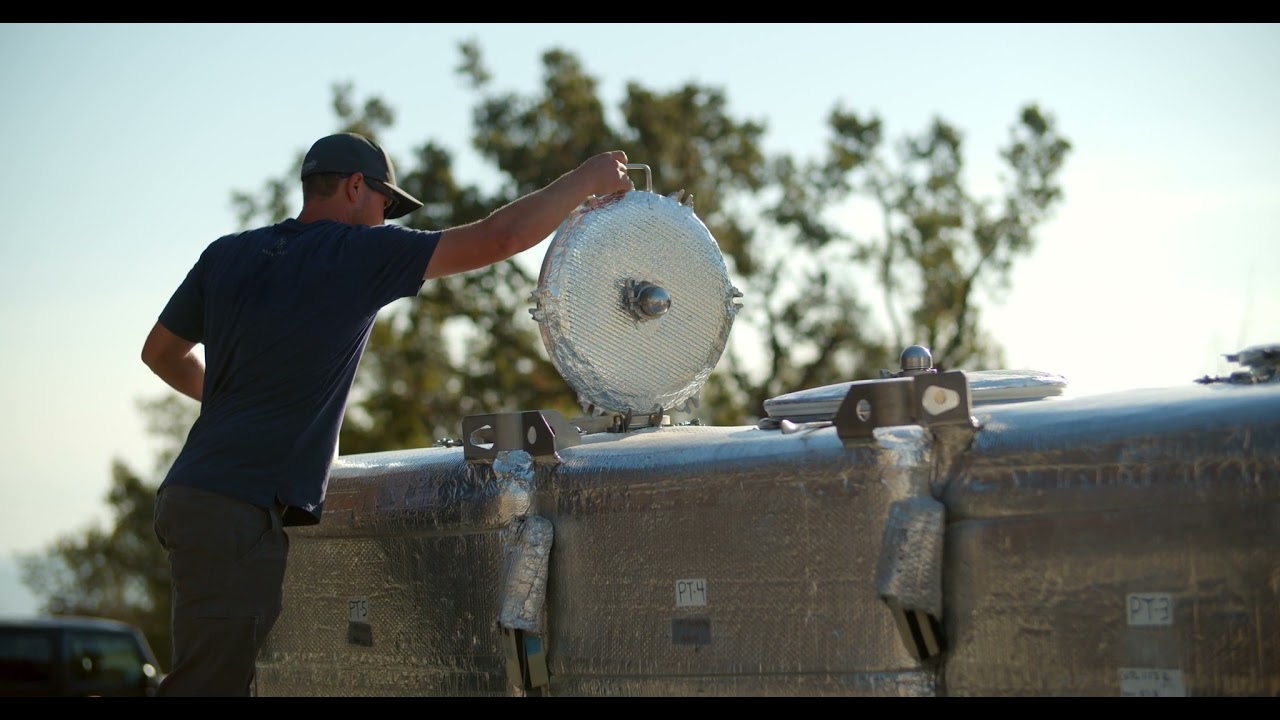 “Great wines are grown. It takes creativity to envision the wine in the field, and to capture the potential of that vintage in the bottle. It’s about confidence and the intimate knowledge of unique vineyards. Sometimes a bit of luck helps… when wouldn’t it?”

After majoring in Viticulture and Enology at the University of California at Davis, Jeff completed his first harvest at Opus One in 1998 – and he’s been making wine in the Napa Valley ever since. When the Fontanellas opened their own winery in 2008, Jeff brought the experience he’d accumulated over his years spent at Opus One, ZD, and Saddleback to bring his own dream to fruition. Today, he shepherds the grapes from bud-break to bottle, crafting wines in his own signature style: wines that are approachable, balanced, and premium – without pretense.

“Running our winery is not work for me, it’s just who we are and what we do. We are so fortunate to do what we love everyday and work with an amazing team of passionate, hard-working, dedicated people.”

When Karen graduated with a law degree from the University of San Diego in 2000, never in her wildest dreams did she imagine she’d be running a winery in Napa one day. However, her professional experience in business development, land use, and commercial real estate – coupled with her family spirit of entrepreneurship – armed Karen with the exact tools she uses today to run the daily business of Fontanella Family Winery. When she’s not seeing to the day-to-day operations of the winery, Karen spends her time working on non-profit boards and watching her now teenage boys, John and Drew, grow up. “Running our winery is not work for me, it’s just who we are and what we do. We are so fortunate to do what we love everyday and work with an amazing team of passionate, hard-working, dedicated people.”

When Karen graduated with a law degree from the University of San Diego in 2000, never in her wildest dreams did she imagine she’d be running a winery in Napa one day. However, her professional experience in business development, land use, and commercial real estate – coupled with her family spirit of entrepreneurship – armed Karen with the exact tools she uses today to run the daily business of Fontanella Family Winery. When she’s not seeing to the day-to-day operations of the winery, Karen spends her time working on non-profit boards and watching her now teenage boys, John and Drew, grow up. Ryan joins Fontanella with more than 18 years’ experience in a variety of roles in the wine industry. From managing Hospitality and Direct to Consumer sales, assisting with harvest and winemaking activities, and even driving tractors and forklifts, his experience is well-rounded. Ryan is a Napa native, having grown up just down the road from Fontanella and began his appreciation of wine at a young age (responsibly, of course). Ryan holds a Certified Specialist of Wine credential and is fascinated by the history of the Napa Valley and winemaking. Ryan is a proud girl-dad with daughters Hannah and Lillian. Queen of all Trades
Read More

While studying art in Santa Cruz, Rachel took a part-time tasting room job at a local winery just to make a few extra bucks and never looked back! Fast forward a couple years, she picked up and moved to Napa to pursue a career in wine. Starting as hospitality at Fontanella, Rachel now runs the back of show and bosses everyone around (just kidding). She’s our Queen of all Trades in the office – you got the questions, she’s got the answers. When she’s not taking care of our work family, she is taking care of new baby Elliott (born in October 2020) and kitties McCovey and Daphne.

While studying music in her hometown of San Diego, Laura made the leap to the wine industry at the tender age of 22. Quickly proving herself as a natural leader, Laura grew to oversee the wine and hospitality programs at some of San Diego’s most beloved wine destinations. After spending a year abroad in Australia, New Zealand, and Indonesia, Laura returned home, conquering the WSET Advanced and CSW exams. Laura made the pilgrimage to Napa in 2012, where she honed her hospitality and management skills at Chappellet, Staglin, and Opus One before joining the fabulous team at Fontanella Family Winery. Laura lives in Napa with her husband Scott and their two cats, Smokey and Bee. Self-proclaimed “Cork Dork” Andrew has done it all. Falling into a harvest position in 2014, he knew he wanted to do anything and everything in the wine industry. After his first harvest, he went on to run a wine program at a prestigious steakhouse at the age of 22. Still having the winemaking itch, he returned to Napa to learn and work under some of the most renowned winemakers before landing at Fontanella. Using his brains (as well as his brawn), he keeps things moving in the cellar and lab. Octavio (“Tabio” to us) has been with us the longest – since 2010. When he’s not taking apart and rebuilding the bottling line, hunting gophers, or filling barrels, he’s playing soccer with his friends and chasing his 3 beautiful children around.

Rigoberto brings a broad range of skills to our team: Rigo can drive a tractor, unclog a storm drain, maintain our estate vineyard – and his big smile and infectious laugh endeared him to us immediately. He is the proud dad to two darling children. It was a twist of fate that we were lucky enough to bring Hobie into our family in the Summer of 2019.  A pedigreed Golden Retriever, her genuine grin and endearing nudges are irresistible. She is truly the heart of our wine family.

Trigger is Hobie’s half-sister, and where Hobie is sweet and mellow, Trigger is a spitfire! Named both for her front white paw (her trigger finger!) and her spunk, you’ll find her getting into everything she shouldn’t!

Meet Piper – or, as we call her, the Tiny Dictator. Don’t let her size or her demure personality fool you…she quickly became the alpha in our house when she joined us in the summer of 2016 (she even bosses Jeff around!).

Broke ground on construction of the winery facility.

Winery construction is completed, and the brand is launched. The first 5 ½ acres of Cabernet Sauvignon are planted on the Estate. The first harvest of Cabernet Sauvignon grapes off the Fontanella Estate. The first 7 acres on the new property are planted with Cabernet Sauvignon bringing the total planted acreage of the Estate to 12.5 acres. The Partrick/ Nuns fire burn though the Estate. Miraculously, there is little damage to the vines and thanks to Napa Engine 7 firefighters, all the structures on the property are saved. First release of Rebob Red, Red Blend (link to product in store). This wine honors the Napa Urban Legend of the Rebobs that inhabit the forest at the end of Partrick Road. Go to Top
Manage Cookie Consent
To provide the best experiences, we use technologies like cookies to store and/or access device information. Consenting to these technologies will allow us to process data such as browsing behavior or unique IDs on this site. Not consenting or withdrawing consent, may adversely affect certain features and functions.
Manage options Manage services Manage vendors Read more about these purposes
View preferences
{title} {title} {title}